Göksel and Barış are two nose surgeons who work in 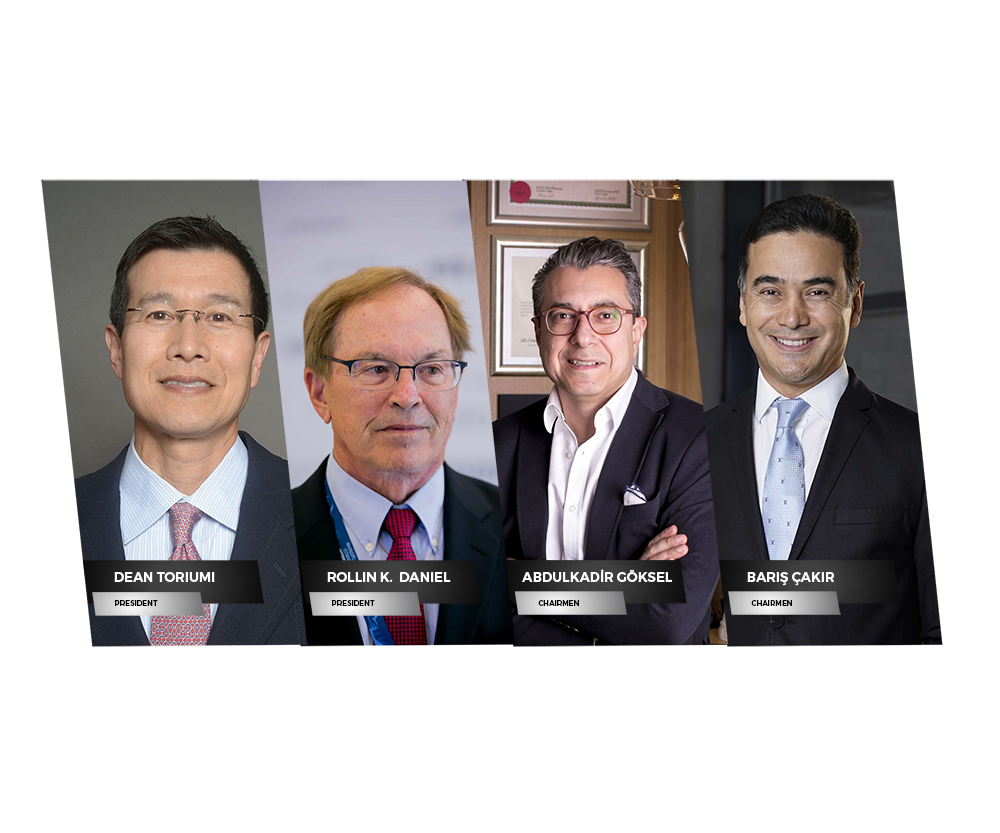 Istanbul, the city where rhinoplasty is performed the most in the world. They both learned preservation rhinoplasty under the leadership of Dr. Yves Saban and they have been performing it for the last four years. Both of them held international Rhinoplasty meetings, which has reached a very high number of participants. The main features of these meetings were inviting surgeons who were focused on rhinoplasty, as speakers and bringing plastic surgeons and ENT specialists together.
Structure Rhinoplasty has left its mark in the last 30 years and resolved the deficiencies of the Joseph technique, which was the beginning of our Rhinoplasty surgery. Dean Toriumi is one of the most important names in the leading of this resolution. He became one of the most recognized names in revision rhinoplasty by using the unrivaled structure philosophy in augmentation rhinoplasty. Toriumi’s three volume book narrates his 30 years of Structure Rhinoplasty experience and also explains why there are no empty seats left in his seminars.

In the last 5 years, the philosophy of Preservation Rhinoplasty has emerged under the leadership of Rollin K. Daniel, who has 2 Rhinoplasty books. The main factor in the quick propagation and acceptance of the Preservation philosophy was Daniel's talent hunting, his great command of literature, combination of thousands of techniques and teamwork. The past five years of experience have shown that at least 60-80% primary rhinoplasties can be treated with preservation rhinoplasty. This philosophy managed to preserve the nasal anatomy and facilitate revisions as much as possible with the correct indications. The 3rd edition of the Preservation Rhinoplasty book which is published in 2020 also showed that Rhinoplasty surgeons are still in need of more information.

In the time which reduction philosophy was popular, Structure Rhinoplasty was approached with prejudice, now its Preservation Rhinoplastys turn to have the same difficulty. Göksel and Barış decided to do their part for the pieces of the puzzle to fall into place faster.

Barış and Göksel have been analyzing the needs of 21st Century Surgeons and patients for years. They both started using and teaching both structure and Preservation techniques. It took a very short time for them to realize how bigger a project would emerge if they came together instead of holding separate meetings.

On this common ground, the Structure and Preservation meeting was planned, where Daniel and Toriumi will be co-chairmen.

Istanbul was the right place for this project. Istanbul hosts more than 1000 rhinoplasty surgeons who perform nearly 20 surgeries per month. As the biggest city of Turkey, Istanbul has made itself get heard and begun to get popular in rhinoplasty. Thanks to it being the midpoint of Asia and America, also with the convenience of visa at the airport, more than 1000 participants have been predicted.

The pandemic has left us longing for face-to-face meetings. Vaccinations will come a long way by June. In addition, since June is the best time in Istanbul, we will hold the first rhinoplasty meeting in the garden of Swiss Hotel Bosphorus with the view of the Istanbul Bosphorus.

First of all, we invite you to have a wonderful week in Istanbul and also to the first post-pandemic rhinoplasty meeting which will be held outdoors with an amazing view that you all must see after all these days in quarantine.